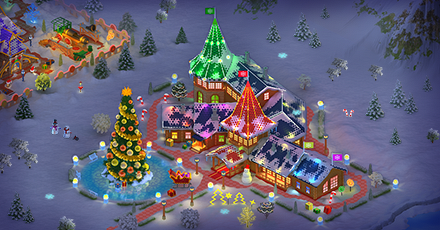 "You have a task of Christmas importance ahead of you! We need to get all of the toys ready before Santa comes to collect them."
"The residents of Santa's Village have a lot to do, so let's help them out. You'll see how much faster things will get done!"

Santa's Village is a special contest released by Social Quantum and the third one that takes place in Snowville. It is a timed contest in which the player has 21 days to clear and construct buildings, complete souvenir contracts and collect benefits through orders to accrue points toward placement on a leaderboard. These special buildings are only available during the timed event. It was released as part of an update on Tue December 18, 2018[1]. 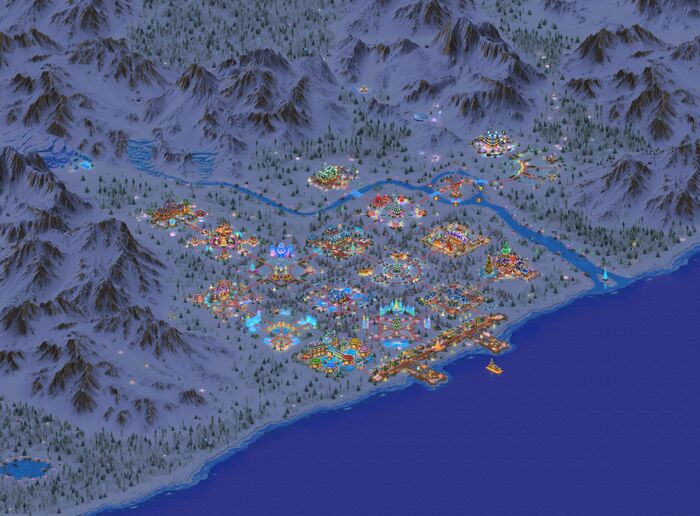 The Santa's Village area is no longer accessible!

At this contest all contest related buildings are fixed placed in Santa's Village and automatic purchased.

These buildings are the prizes the lucky few at the top of the leader boards will get at the end of the event. For reaching 2,500

This is a progress where the player get rewards for helping elves by tapping on them.

The player has the possibility to use or active magic clocks to accelerate contracts on the workshops by the activated rate. Clocks can be received by opening chest with keys (80% in the cases; rest of rewards are materials or

). Every activation lasts 30 minutes. The rate is summed up by the amount of all activated clocks; the maximum is x20.

By the tutorial the bronze chest gives a Magic Clock x8 that have to be activated by player to end the tutorial. 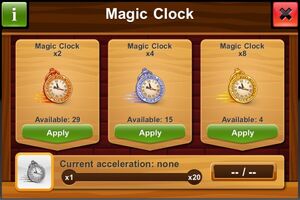 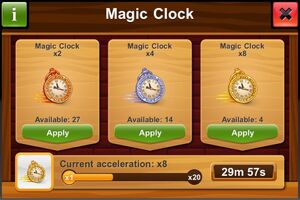