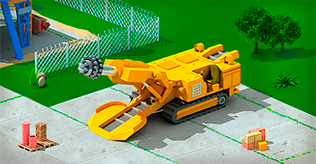 Research Contest IX is the ninth Research contest released by Social Quantum. It is a timed contest in which the player has 7 days to produce research equipment and send them on expeditions to accrue contest points toward placement on a leaderboard comprising 30 players. It was released as part of an update on March 04, 2021[1].

In the contest there are four leagues in which the player is assigned to it, dependent on his development of expedition equipment.

or building coupons. Every mission for each expedition prototype is randomly generated and change when the previous one is completed.

Accelarators can be used to increase the speed of component production and assembly. A acceleration lasts 24 hours.

Alternatively, the Acceleration x20 can be actived for 15

the player can buy a lucky clover that increases the probability of the contest missions (not regular missions) and sometimes the amount of contest points (up to 100%). Once the clover is purchased it lasts until the end of the contest.