The Terminal A is an infrastructure structure located north-east of the starting zone. It was originally introduced on Fri May 17, 2013 as part of the timed quest called Megapolis Airport.[1]

A total of 50 assets are needed to complete construction of Terminal A. This is equivalent to 66

if one were to buy every asset instead of waiting to receive them from neighbors. 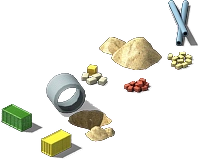 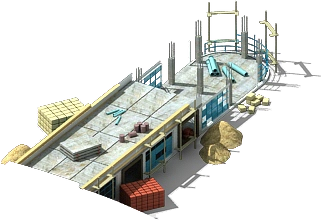 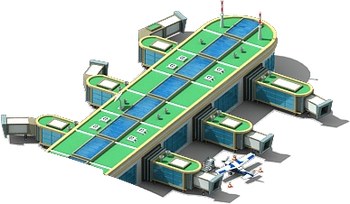